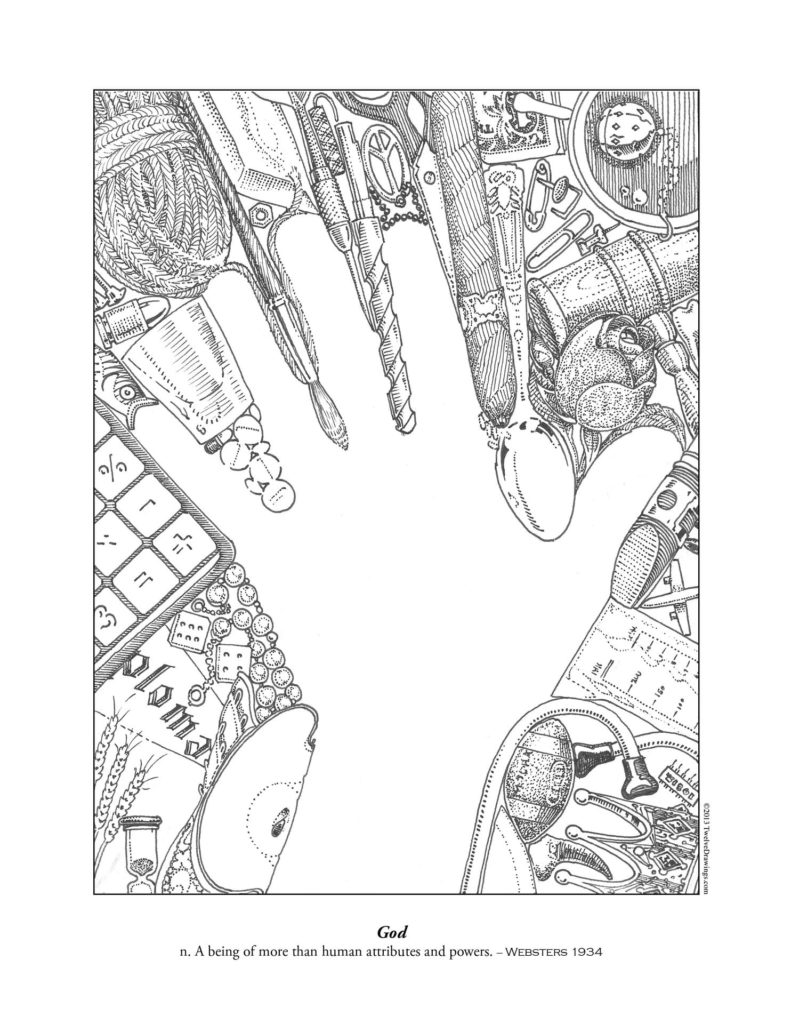 “GOD, grant me the serenity to accept the things I cannot change”

Members of Twelve Step groups refer to life’s most divine force with the phrase “a power greater than human power” or simply as “my Higher Power”. The words appear in the Big Book of AA. I sometimes wonder why Bill Wilson chose these phrases as he wrote the Big Book in the late 1930s.
I found one possible answer in 1934 Webster’s Dictionary—published just a few years before the Big Book. There, I found this definition: “God n. a being of more than human attributes and powers”.
That seemed very similar to Bill Wilson’s term “Higher Power”.

I confess, I entered recovery having heard mostly confusing and unhelpful descriptions of God. My 1934 Webster’s Dictionary seemed to echo Bill Wison’s invitation to understand one simple truth: The solution to my addiction would never come from a human power, be it myself, a friend, a spouse, a doctor, a counselor, a religious representative, etc.

Looking back, I am glad I adopted a 1934 definition of God.

I had to think long and hard before illustrating this word. It is literally a sacred word—so sacred that might rightly be offended by anything I chose to draw. What power transcends human powers? I decided to rely on my drawing skills to provide the answer.

Do you see it now? The hand which appears to be in the “God” drawing is not a hand at all. It is an empty space where the clutter of human powers cannot reach. I have drawn God by not drawing God at all. I drew this to remind myself that whenever I seek to find my Higher Power, I should start by ruling out every form of human power in the world.

And there, my real search begins.

TRIVIA: I opened a fairly new Webster’s Dictionary and found this: “God n. the Being perfect in power, wisdom, and goodness who is worshipped (as in Judaism, Christianity, Islam, and Hinduism) as creator and ruler of the universe.” That’s quite different from the 1930s definition. Over the decades, the meaning of many words inevitably change. How did Bill decide? He had no choice. He had to write in his own time, not in ours.