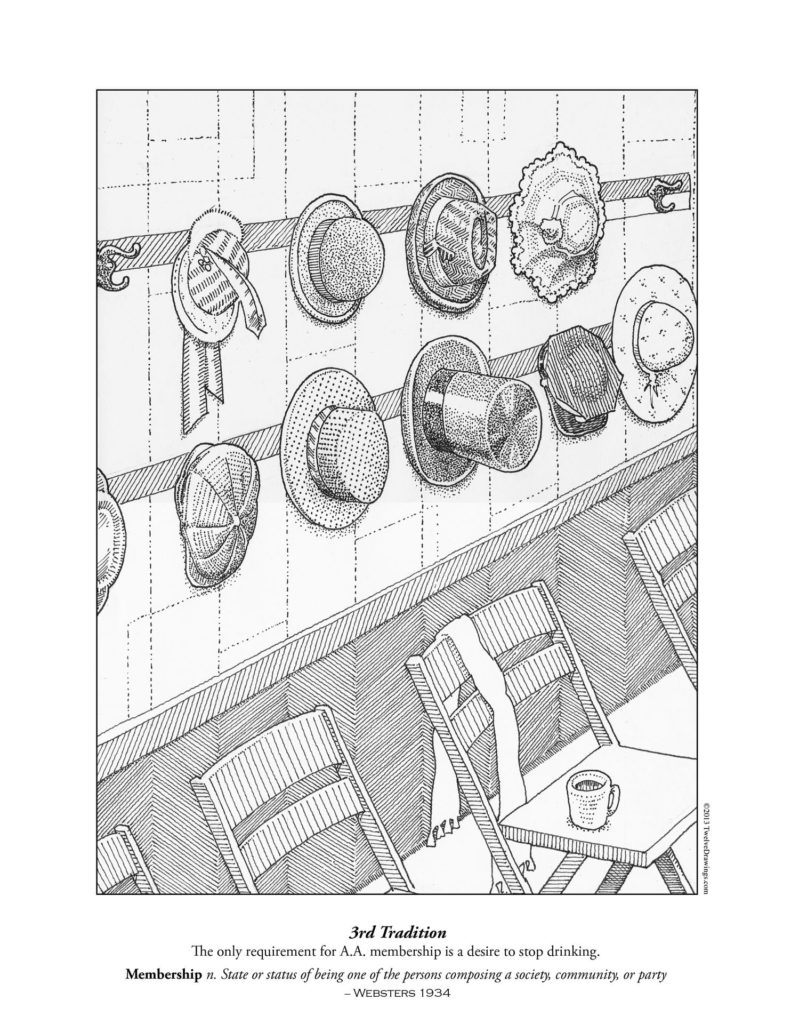 TRADITION
You join a Twelve Step group by desiring to stop drinking. Others might claim there are more conditions and expectations than that. However, the Third Tradition explicitly states: “The only requirement for A.A. membership is a desire to stop drinking.” That principle extends to other groups which are based on particular things other than drinking alcohol.
My personal experience tells me there’s not much else that recovery people have in common. Things like age, gender, race, income, education, politics, etc. don’t affect whether you have a problem and want a solution. I tried to reflect that in my drawing.
I realized that people used to wear hats more often back in the 1930s. Both men and women wore them as a part of their formal and informal attire. Plus, certain workers wore distinctive styles of hats, such as police officers, milk delivery people, cab drivers and bus drivers.
I imagined a Twelve Step meeting in the late 1930s and in the years that followed. Then, as now, people came into recovery from all walks of life. I myself has sponsored a teacher, a doctor, an airline pilot, a priest, a salesman, a computer programmer, a band director, a construction worker, and countless other people.
We all belong and no one will challenge it, so long as we desire to stop.
Posted in Traditions
← 4. Affecting2. Conscience →