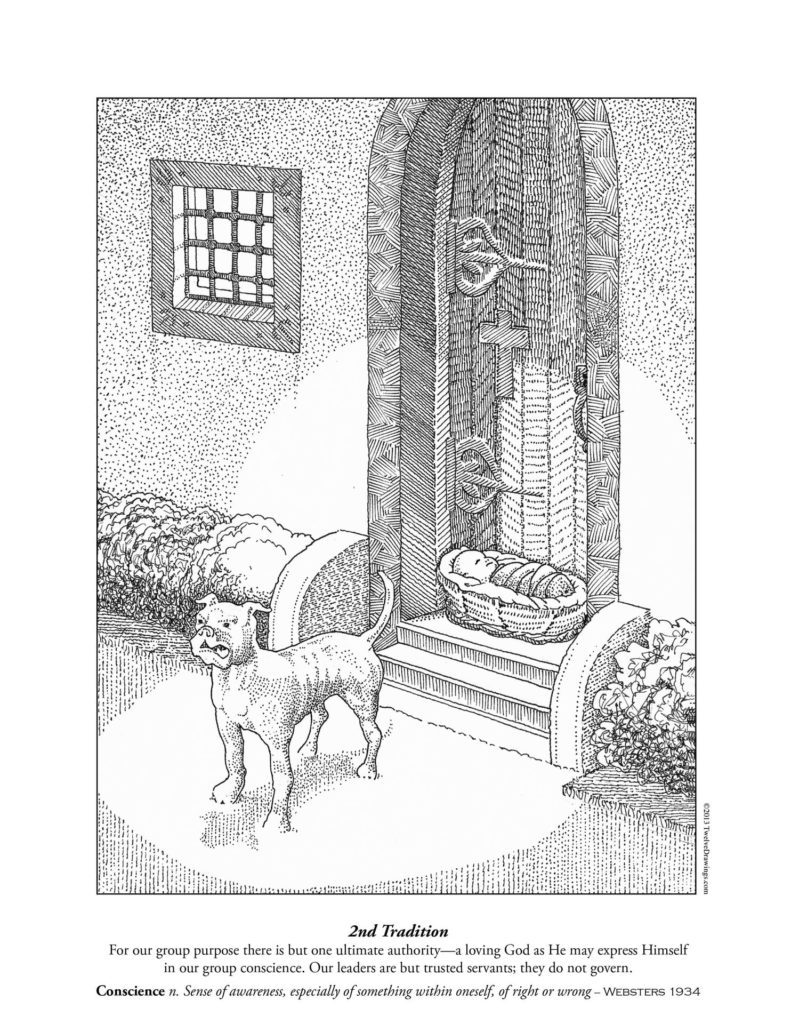 CONSCIENCE
The 1934 definitions of some words surprised me, but not this one. Now, as then, a person with a conscience knows when something is not right. They won’t take things that don’t belong to them and they refuse to say things that are not true.
The second tradition urges groups rely on their collective conscience so that their decisions might be guided by a Higher Power. I have been in many Twelve Step meetings where this request baffled people. “What is a group conscience?”, they ask, “How is that different from an individual’s conscience?”
It’s a fair question.
I thought about it as I created this drawing. It shows a baby who has been left outside the door of a church or charity. No one has ever asked me why the baby is there. It’s fairly obvious that somebody cares about the infant, but does not feel capable of raising it themselves. Although it is a poignant scene, it has been played out in reality over and over.
Unfortunately, the small child has not been found yet. The door remains closed. Darkness has fallen. The mother is nowhere to be seen. Only a dog remains nearby. It is not threatening the baby. Even though the adult has left, the dog remains standing guard until the danger is gone.
Why? Because it is right. That’s something even a family pet can figure out.
In a group conscience, I adopt the same attitude. I don’t always understand everything that’s discussed. I do remain aware of right or wrong within myself. When I do that, things usually work out for the best.
Posted in Traditions
← 3. Membership1. Welfare →